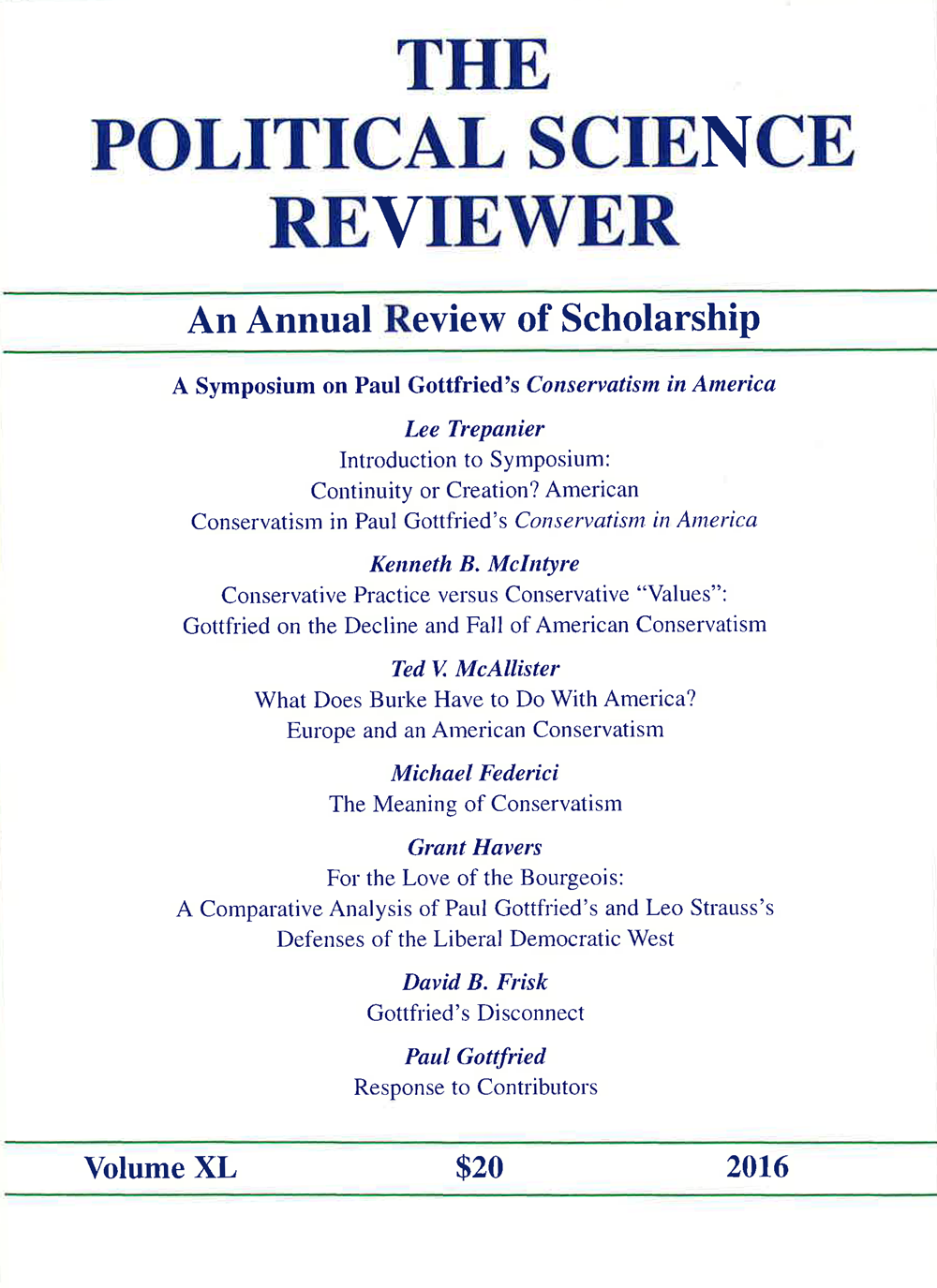 When Russell Kirk published The Conservative Mind in 1953, he was an isolated voice in both academia and the public, which was dominated by liberals and the Left. However, since then there has been a steady rise in academic scholarship and public literature about conservatism—its triumph, its decline, and its reinvigoration—that has carved out a place in the American public consciousness. One of the most recent and thoughtful of these works is the subject of this symposium: Paul Gottfried’s Conservatism in America: Making Sense of the American Right.