War, Progress, and Sociology in the Age of Ideology 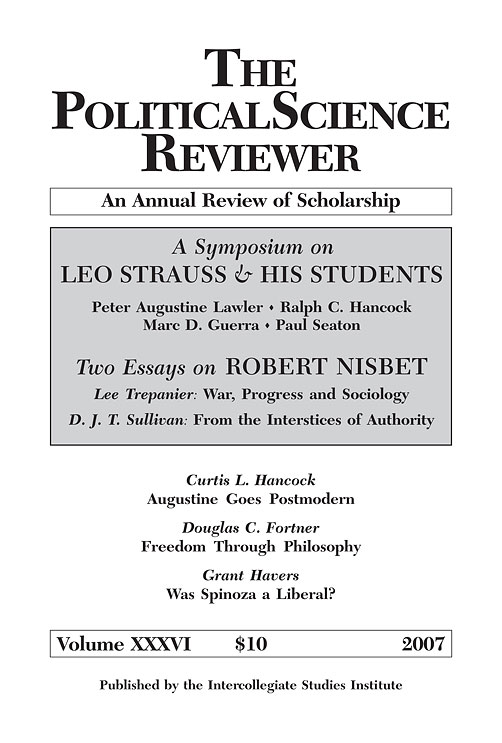 In the preface to The Quest for Community, Robert Nisbetexplained the theme of his work: ""I have chosen to deal with thepolitical cause of the manifold alienation that lies behind thecontemporary quest for community."" (QC, vii) Although economic,religious, and cultural factors played a role in modernman's alienation, the role of the state was preeminent in severingthe ties between the individual and his kin, church, and localassociations. Supplanting traditional communities, the state wasable to reorganize society with its ideology of individualism,secularism, and progress that was aimed at imperial expansion.The growing concentration of power in the state allowed it topenetrate successfully into ""man's economic, religious, kinship,and local allegiances"" and dislocate ""established centers of functionand authority"" with its own mandate and bureaucraticorganization. (QC, viii) The decline of traditional communities,and the corresponding rise of individual alienation, was a directresult of the concentration of power and the complete sovereigntyof the modern state.
Requires Subscription PDF