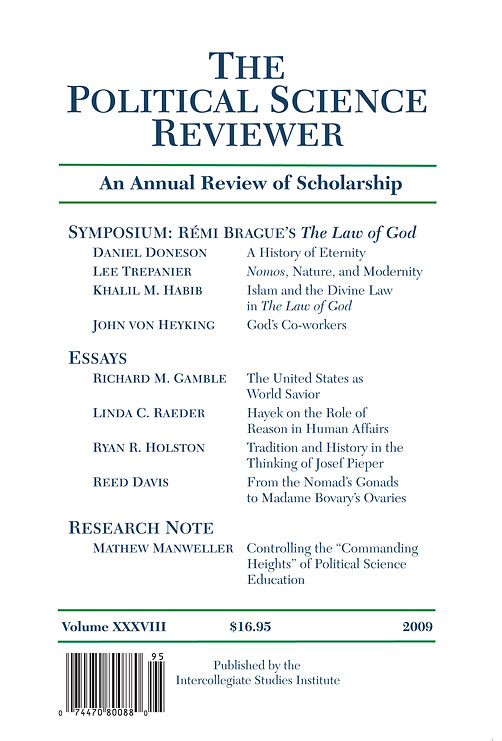 By looking at the historical paths of Greece, Israel, Christianity, and Islam, Brague's The Law of God compares each civilization's conceptions of law and divinity. For the Greeks, the law was divine because it was a perfect expression of a natural order; for the Jews and Muslims, the law was divine because it was revealed by God; and for the Christians, the law was similar to the Greek's conception but required a personal relationship with God that went beyond legislation. The modern period represented a departure from the Christian conception of the divine law and later a rejection of the notion of any divinity in law. Law for the modern was the rule that a human community gave unto itself, considering only ends that it proposed to itself, and did not require external sources, whether it be the divine or the cosmos.
Requires Subscription PDF