Culture and History in Eric Voegelin and Christopher Dawson 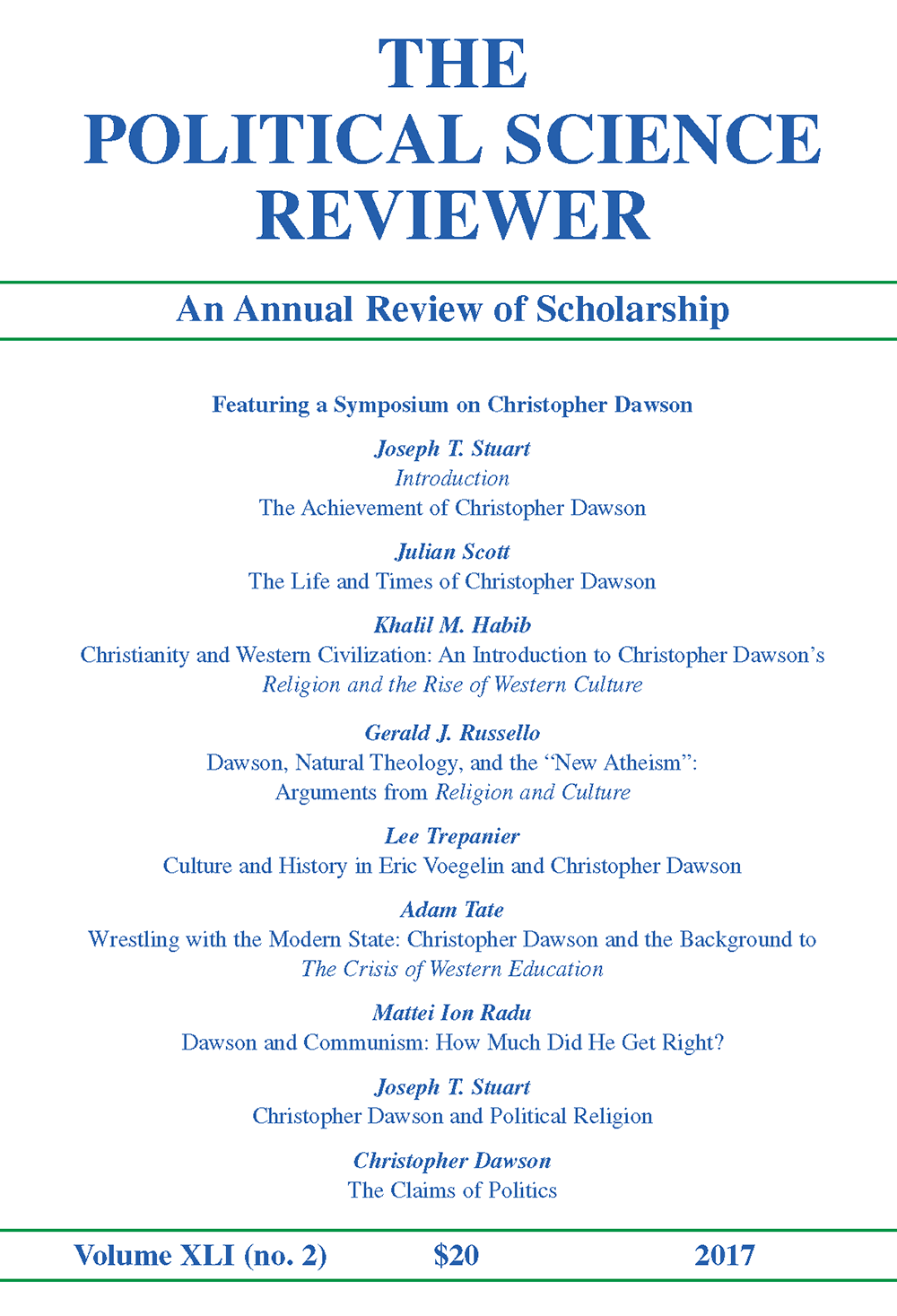 In a time of secular ideology and positivist methodology, both Christopher Dawson and Eric Voegelin sought to recover the central role that religion and religious experience used to play in the historical analysis of Western civilization. As a response to the ideological deformation of their times, both Dawson and Voegelin believed that a restoration of religion as the central feature in historical analysis would not only provide clarity for an understanding of the past but also point toward a path of comprehending the genuine nature of reality for today and the future. The recognition that humans were fundamentally spiritual creatures who lived a historical existence would clear the ideological rubble that either denied the spiritual nature of human beings or abstracted it from any meaningful historical context. In this sense, both Dawson and Voegelin proceeded in the same spirit as scholars who sought to conserve an understanding of the past that was at its core both religious and historical.