Before and After Politics: The Technocratic Fate of Liberal Order 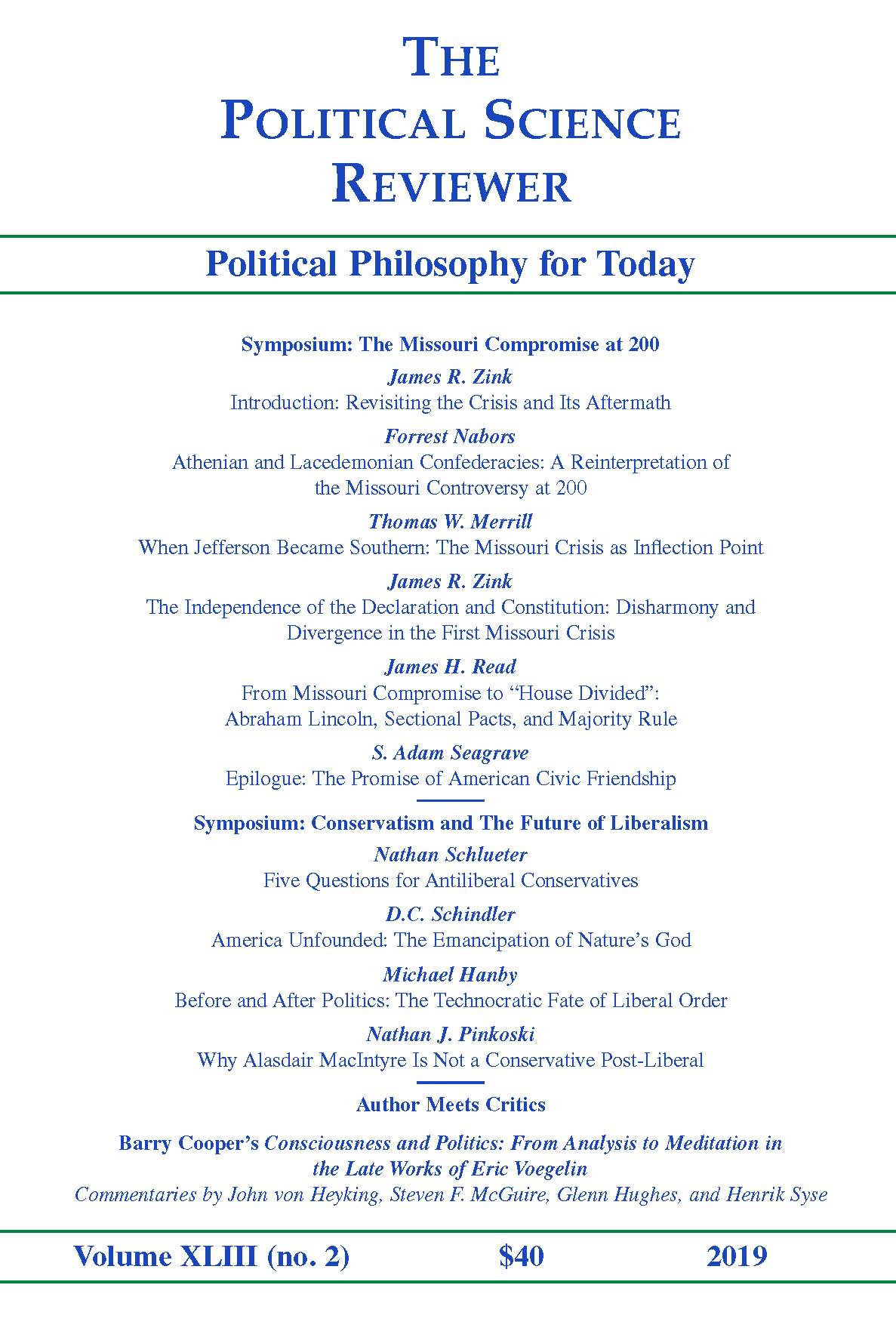 Modern politics is characterized by the absolutization of political order as such.  This article argues, however, that the totalizing ambition of the modern political project is most fully realized not on the plane of political order, but on the plane of a “post-political” technological order sprung from the same underlying ontological judgments as liberalism, but deeper and more comprehensive than politics.  This technological order, which takes on a life of its own in imitation of nature as organism, is “post-political” in that it makes possible new forms of political action without political deliberation or political responsibility, or ultimately political control.

Michael Hanby is Associate Professor of Religion and Philosophy of Science at the Pontifical John Paul II Institute for Studies on Marriage and Family at the Catholic University of America.  He is the author two books and writes widely on the metaphysics of modern science and modern politics.