Author Meets Critics: Tilo Schabert's The Figure of Modernity: On the Irregularity of an Epoch 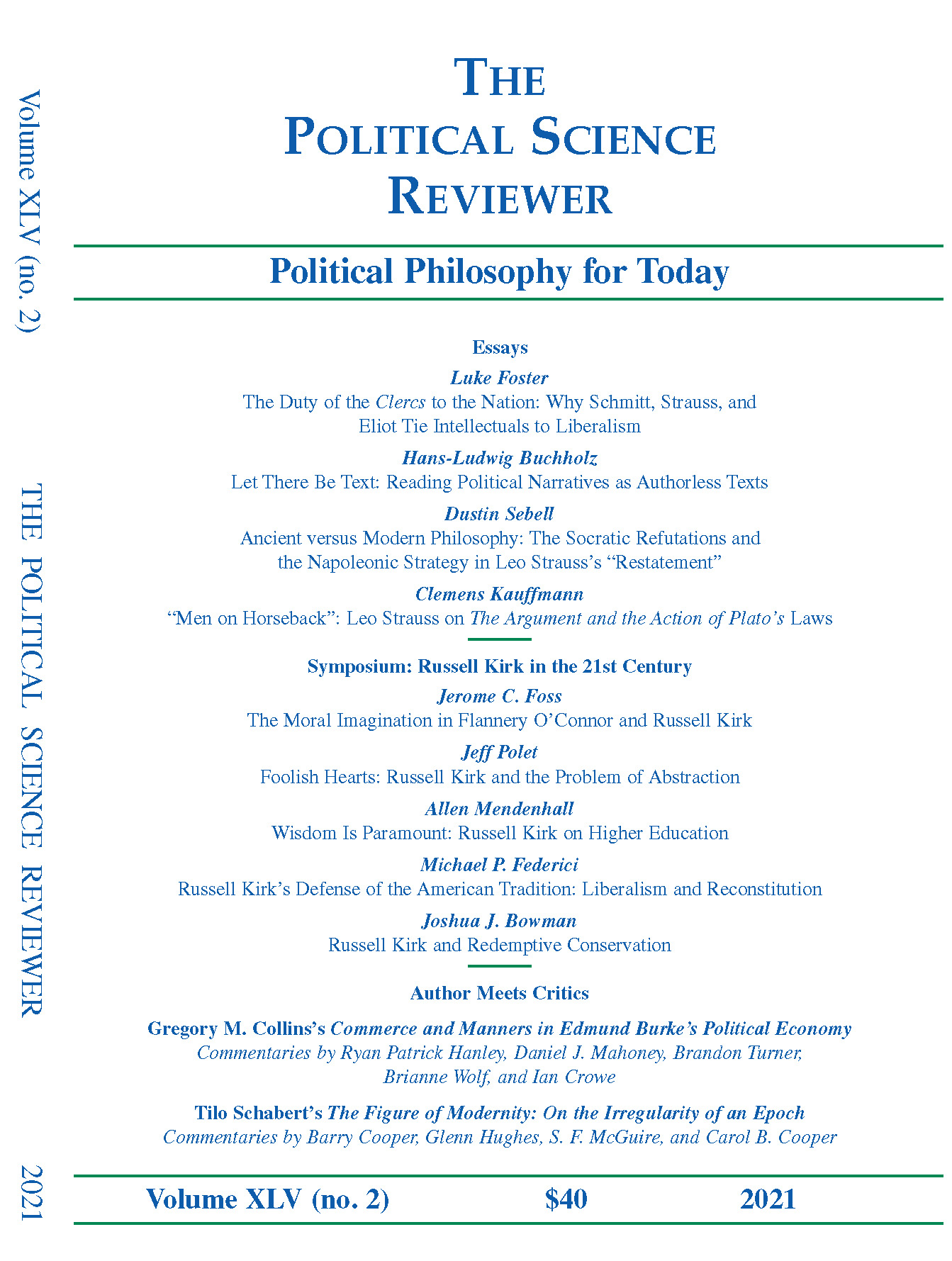 Barry Cooper, professor of political science at the University of Calgary, has published around 200 articles and over 35 books, most recently Covid-19: The Politics of a Pandemic Moral Panic. A copy of his 2004 book, New Political Religions: An Analysis of Modern Terrorism, was recovered from the personal library of the late Osama bin Laden when his compound in Abbottabad was visited by members of Seal Team Six. He has received numerous research grants including a Konrad Adenauer Award and a Killam Research Fellowship. He has been a Fellow of the Royal Society of Canada since 1993.

Glenn Hughes is Professor Emeritus of Philosopy at St. Mary’s University in San Antonio. Raised in Seattle, he earned degrees in Literature (B.A.) and History (M.A.) from the University of Washington, before receiving his Ph.D. in Philosophy from Boston College. He is the author most recently of From Dickinson to Dylan: Visions of Transcendence in Modernist Literature (University of Missouri Press, 2020). With Charles R. Embry he co-edited The Eric Voegelin Reader: Politics, History, Consciousness (University of Missouri Press, 2017). He has received numerous awards, including a Fulbright Scholar Grant to work at the Peace Research Institute of Oslo (PRIO).

S.F. McGuire is Director of the Matthew J. Ryan Center and Associate Teaching Professor in the Augustine and Culture Seminar Program at Villanova University. He is co-editor of Nature: Ancient and Modern, Subjectivity: Ancient and Modern, and Eric Voegelin and the Continental Tradition: Explorations in Modern Political Thought.

Carol B. Cooper teaches political theory and political science in the Honors College at the University of Houston. She also teaches and lectures in the flagship ‘great books’ Honors sequence, The Human Situation. She received her Ph.D. in politics from the Catholic University of America in 2016. Her research and teaching interests include ancient political philosophy, early modern political theory, and the intersection of religion and politics.